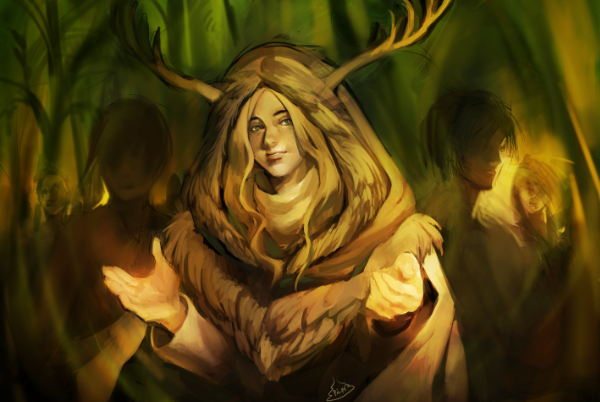 Today, we have some important Scrolls news to share. I'll talk about each of them in some detail below, but here's a quick overview:

All good things must come to an end. As previously announced, the official Scrolls game servers were only guaranteed to be running until July 2016. Sadly, the time has now come for us to shut down the servers. This means that, as of Tuesday, February 13th, the current game client will stop functioning.

There's a short & sweet tournament happening at 18:00 CET on Sunday, February 11th (EU evening / US morning). More details are available on the Scrolls subreddit You should join! I definitely will.

On Friday, February 9th, a few people from around the office - old faces and new - will hop onto Scrolls to play a few matches. We'll start sometime after 15:00 CET, and play for a few hours. It should be a good chance to get some easy wins - a few newer employees will be playing their first ever matches!

We've made some progress towards being able to release the server software to the public, together with a slightly modified client that is able to connect to such servers. While we are still unable to guarantee this will happen or set a date, we have high hopes that we'll be able to do this in the next few weeks or months. If and when this happens, the game client/server will not be open source. However, the game database will be fully editable by the community. This would allow for some degree of customization, including tweaking card stats, making new cards out of existing rules, changing various configurable settings (such as gold gain), and modifying the set list of trials.

See you on the battlefield!